Monday, August 15, 2022
Sign in
Welcome! Log into your account
Forgot your password? Get help
Password recovery
Recover your password
A password will be e-mailed to you.
CUTEEANIMEBOOK All Entertainment information are available
Home Anime News Kaido wants to start a war against the World Government!
Facebook
Twitter
Pinterest
Mix
At Momonosuke’s execution post, Kaido begins his speech. His voice is transmitted to all of Onigashima. Kaido reveals that the world government has dissolved the system of the seven warlords. They acquired a new weapon thanks to Dr. Vegapunk. Kaido wants to obtain one of the ancient weapons to start a war against the world government. Big Mom also arrives at the scene and announces that it’s finally time to find One Piece. 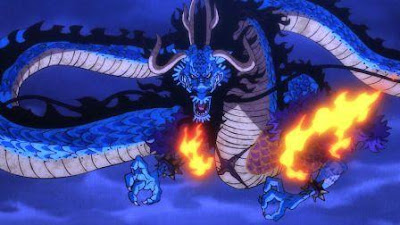 Kaido also wants to move the capital of Onigashima to the capital of flowers. He wants to turn the kingdom of Wano into a lawless pirate empire. After taking over the Wano, Kaido wants to make Yamato the new Shogun who watches over the new empire. People will become slaves and things will get worse for them.
Orochi killed?
Orochi objects to this proposal to take Wano back, but Kaido immediately kills him. You no longer need it. Give Orochi’s subordinates two options: Serve under Kaido or die (or enslave).