Sunday, November 27, 2022
Sign in
Welcome! Log into your account
Forgot your password? Get help
Password recovery
Recover your password
A password will be e-mailed to you.
CUTEEANIMEBOOK All Entertainment information are available
Home ONE PIECE The Truth about Yamato
Facebook
Twitter
Pinterest
Mix
During the last chapter, Yamato’s face is finally shown and revealed as a woman.
More than 20 years ago, Yamato went to see his father Kaido and told him that he wanted to be the great samurai Kozuki Oden, causing Kaido to hit her.  Yamato was present during Oden’s execution in the Legendary Hour, and was very saddened by the death of the samurai.
Yamato later found Oden’s logbook in Kuri and held it affectionately when he began to emulate everything about Oden.  Yamato began introducing himself as a man to emulate the Oden genre, and has since been widely known as the son of Kaido. 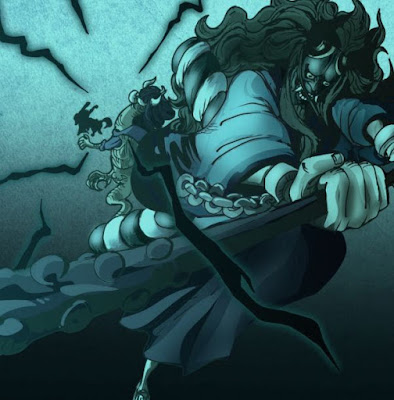 Yamato greatly admires the legendary samurai Kozuki Oden above anyone else, to the point of emulating every aspect of him, including his appearance, goals, and even his gender.  Therefore, Yamato wants to fulfill Oden’s dream of reopening the borders of Wano Country.
This attachment to Oden puts Yamato in great conflict with his father Kaido, who is an enemy of Oden and his family.  Although Yamato and Kaido are not indicated as enemies, Yamato has acted against his father and his crew to achieve his goals, such as attacking Ulti to take Monkey D. Luffy and wishing to work with Luffy, another enemy of his father, to achieve El  objective of the Oden.
Yamato is a very powerful warrior, and Black Maria points out that bringing her back to Kaido Fortress after she is gone would be a difficult task.
He possesses a monstrous strength similar to his father’s, capable of wielding a large and heavy kanabo and using it to defeat Ulti, a former Zoan user and one of the Tobiroppo, in one fell swoop.
Furthermore, he was able to physically match Luffy’s strength with relative ease, even as the pirate increased his strength exponentially with Gear Second and Gear Third.
Kaido and Yamato have a strained relationship when Yamato idolizes Kaido’s enemy, Kozuki Oden.  Although Kaido disapproves of her idolizing him, he refers to Yamato as his son for unclear reasons.
Yamato’s description of Kaido is unknown;  he has called her an “idiot”, although he wants her to participate in his party during the fire festival
Post Views: 7,285